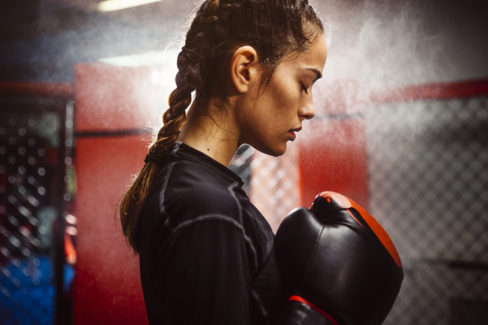 CEO Elon Musk brought a one-two punch to the Tesla Semi event last month. First, he knocked back the traditional semi truck by unveiling a fully electric version. Next, a new roadster sports car surprised the crowd by driving out of the semi. Musk then boldly declared the electric car’s victory over the gas-powered vehicles that have dominated the industry since the 19th century.

Whether Musk can build the business model for Tesla to deliver long-term on his bold promises remains to be seen. But he has certainly developed the technology for electrics to outperform gas-burning vehicles in acceleration, speed, and energy efficiency. The new electric semi-truck can accelerate from 0 to 60 in 5 seconds and travels up to 500 miles per charge.  Even more impressively, the new roadster can accelerate from 0 to 100 miles an hour in 4.2 seconds, has a top speed of 250 miles per hour—and it travels up to 621 miles per charge.

Despite the fawning (and sometimes critical) headlines Musk and Tesla receive, the company is simply one recent example of how drastically future trends continue to transform industries. Massive technology-driven disruption like this is already beginning to spread through multiple fields. Consider the future impact of 3-D printing on manufacturing and distribution, virtual reality on communication and entertainment, genomics on healthcare and robotics on finance.

Leaders looking to survive and even get out ahead of future technology-driven industry disruption must plot a course beyond today’s trends and demands, and focus on futureproofing your business. Specifically, you must ask these four pivotal questions.

What global challenges does your company need to solve?

Too many companies look at issues like climate change and resource scarcity as big, intractable problems when they should be viewed as innovation challenges. It’s true that these challenges won’t be “fixed” anytime soon; but that’s exactly why they’re good targets for innovation. If you want your company to become an industry leader, ask big questions and solve them. Focusing on the innovation opportunities created by big global challenges will help you see the potential future of your industry in ten to twenty years.

For example, the auto industry’s disruption started twenty years ago when the top-of-the-line car was the BMW 5-Series, which got less than 20 miles per gallon and sold for about $50K. At that time, the 93-year-old chairman of Toyota Motors, Elji Toyoda, asked the fundamental question: “What is the future of the automobile?” Toyota looked at oil depletion, dirty emissions, and the long-term future of cars – intractable problems directly linked to the auto industry – and decided to build an environmentally friendly car capable of 47.5 miles per gallon, a ridiculously high number at the time.

The groundbreaking result of the big question he posed was the Toyota Prius, spawning today’s growing market for hybrids and alternative powertrain vehicles, like the EVs that Tesla just unveiled.

2. How might changes in lifestyle and cultural values transform your industry for the next generation?

Future trends in culture, lifestyle and values are hard to predict. But you can start by identifying the cultural assumptions of your current industry, and hypothesize about how they might change in the future. Then you need to build toward your future vision by translating your company’s standalone products into future human lifestyles and systems. You can get ahead of these trends by imagining who your future customers will be. How will they think, live, work and play? How will their lifestyles redefine the experiences they will demand from your company’s products and systems?

When the Prius first came out over twenty years ago, Toyota’s marketing teams were consumed with these sorts of concerns: Would consumers think the Prius came with an extension cord? Would they worry about being electrocuted in the rain? Would they be willing to pay more for the hybrid technology? But once the cars made it to showrooms, drivers were drawn to the novel technology. At the 2003 Academy awards, Harrison Ford and other stars arrived in chauffeured Priuses and the funny-looking cars became cool. Then fuel prices began to shoot upwards, making the Prius’ fuel economy very attractive. Within a year, Americans were demanding more of the cars than Japan could produce.

3. What are the potential trade-offs and payoffs of investing in your current products vs. your future industry?

With a clear vision and expectation of what lies ahead, every leader needs to look at their company’s core revenue streams and ask if they will be at risk over the next 10 or 20 years. If so, what future innovations in your industry do you need to invest in today? What are the potential costs, risks, and payoffs? Sometimes the best time to invest in innovative technology and business models for the future is when your company’s core products are selling well. Ask yourself: What is my company’s core revenue stream to maintain and grow in the near-term? And what do we need to know to identify one or two big bets we should make in innovations for the future?

An important part of the Prius story is that Toyota didn’t need to make a big splash. It was already one of the most successful auto manufacturers in the world. But it met a challenge in defining the future of the automobile, and that has proven to be an amazing success, both for Toyota’s bottom line (its stock price has more than doubled since launching the Prius) and for its reputation as an innovative industry leader.

4. Who are your potential partners in your future industry?

In the future, more companies will be partnering and competing with the same companies within a broader innovation ecosystem. Business leaders should think about how collaborating with “frenemies” can preemptively solve problems across their industry. Partners should be able to contribute to inventing and improving the interlocking technology systems that will redefine your industry. Who are the potential competitors and partners that might become leaders in your industry tomorrow? Who could you imagine playing with to make your company bigger down the road?

Partnering in the auto ecosystem is a fascinating case in point. Soon after the Prius was released in the U.S., GM’s vice president of product development, Robert Lutz, dismissed hybrid technology as a “curiosity” that GM had no plans to compete with. His resolve lasted a whole year. In 2005 – after seeing, in Lutz’ chastened words, “the manifest success of the Prius” – GM announced plans to develop a hybrid with BMW. Meanwhile, Audi introduced the first European hybrid while Porsche, Volkswagen and DaimlerChrysler scrambled to get their versions out.

Then came Tesla, which further expanded the auto manufacturing network by partnering with Panasonic to develop cheaper electric batteries, and with Google to develop autonomous driving features. Both Uber and Lyft partner with insurance companies to provide options for their drivers. In fact, the once somewhat limited variety of companies in the automotive ecosystem now includes Apple, Alphabet, Avis, Tata and Uber, along with traditional manufacturers like GM or Audi.

The future is always uncertain, but asking these four critical questions will prepare you to take the calculated risks and make the critical investments to chart a new path toward the future of your industry.

This article was the first of my new leadership column for Forbes, and I’m thrilled that it was selected as an Editor’s Pick. To read more about how leaders can survive and even get out ahead of future technology-driven industry disruption, follow me on Forbes, Twitter, and LinkedIn..

POSTED IN: For Leaders

Previous Post: Moving Faster Toward the Future of Food, Cars, and Energy

Next Post: How Leaders Can Make The Planet Great Again 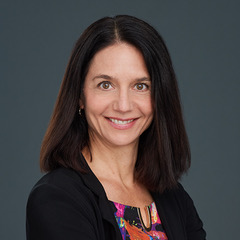